Rate this post
This dessert will always resemble a great memory as I made it for my family to reveal the gender of my baby. Beautiful butterish crust, easy cheesecake filling and an awesome chocolate topping. I’ve got inspired by this great blog of The Recipe Rebel and let me tell you, the cupcakes really look the same, therefore, this great recipe – Individual Cheesecake Cupcakes.

I watch carefully where I buy my cheesecake. It needs to be very fresh, fluffy and incredibly smooth. The combination of cheesecake and white chocolate cream is to die for. To tell you a secret, I had some filling left, so I made my baked no crust cheesecake of 12 cm with some frozen raspberries, and I loved it even more. 2 alternatives to go, so yummy! 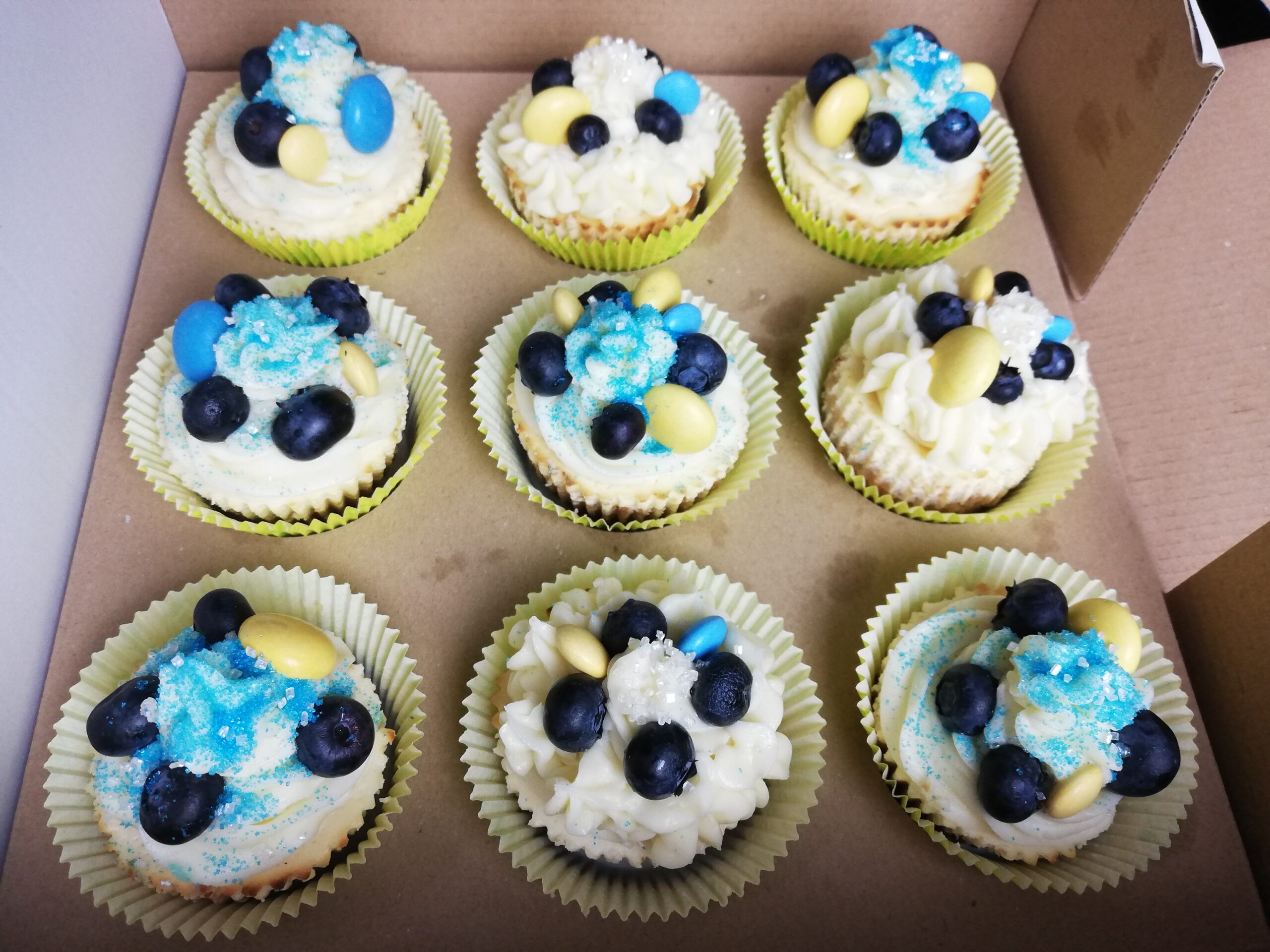 Individual Cheesecake Cupcakes are suitable for kids from the age of 3. Offer in the afternoons with a cup of tea of milk. Yass!

M&m’s, coloured sugar and blueberries to decorate with

Instructions
Preheat the oven to 180 degrees.

In a blender mash the cookies until you have a smooth texture. Secondly, stir in the butter and mix until well combined.

Lightly grease your cupcake form or individual cupcake baskets and equally divide the mixture. Smoother with your fingertips and bake in the oven for about 10 minutes until golden.

In a large mixing bowl ease the quark and add sugar to combine. Afterwards, yogurt in. Stir.

Next, start adding the eggs. First on low speed until incorporated, then, increase the speed to the highest and give it a good stir.

Finally, add the lemon juice, vanilla and salt. Give it a last stir and divide equally onto The Crust, up to 2/3rd of their volume. Bake in the oven for about 20 minutes until The Cheesecake Cupcakes are firm in the middle.

*If you have some filling left, try to make my easy no crust raspberry cheesecake: in a lightly greased form (I used a round spring form of 12 cm), pour the filling in. Sprinkle with 1 handful of raspberries and place in the oven. The baking time depends on the size of your form, I had to bake for about 30 minutes until firm in the center. 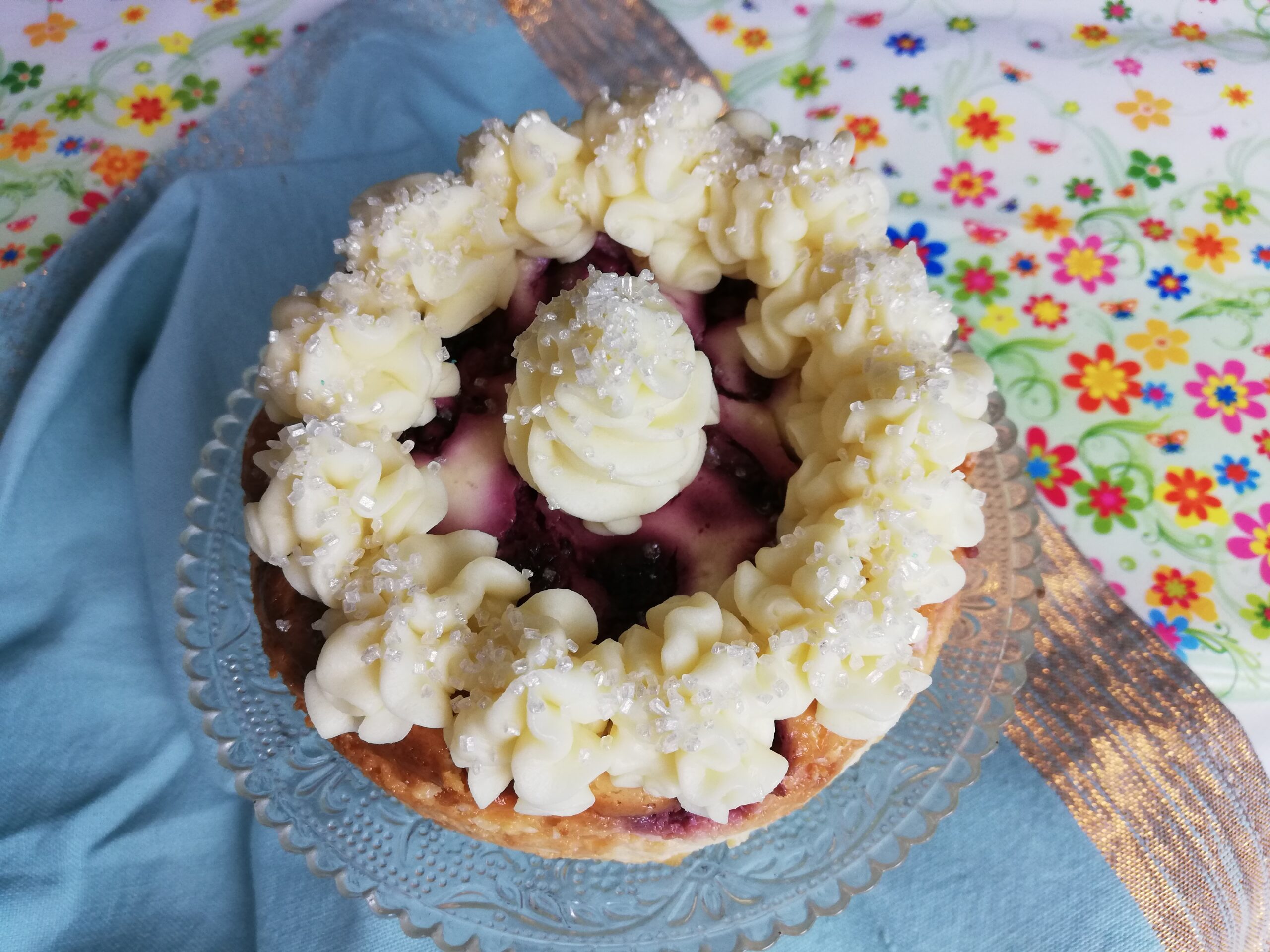 Take  all The Cheesecake Cupcakes out and let them cool down on a wire rack. Once cooled down, refrigerate for a couple of hours before serving.

First, in a steam bath melt the chocolate. Let it cool down for a bit.

Meanwhile, in a medium bowl ease the butter. Add a pinch of salt and gradually stir in the sugar. Mix for about 1-2 minutes on high speed until it is fluffy and smooth. Taste.

Next, pour in the double cream and vanilla extract. Give it a good stir to combine and taste. Mold The Frosting into a piping bag and decorate The Cheesecake Cupcakes accordingly to your mood.

Makes 12 medium cupcakes and 1 round no crust cheesecake of 12 cm.

Get inspired. Sign up and receive favourites collected PLUS unique recipes.

All about the #beetroot today! Scrumptious easy #s